I met Krassimir Savov (Bulgaria) at his exhibition of icons and paintings in a downtown gallery. We had a brief but nice conversation. I told him about my painting classes at the Art Academy and he shared about the Open Doors he and his life partner, the Moldovan painter Cezara Kolesnik, organise at their atelier every so often. This happened to be on Saturday, 25 June, a day after the vernissage of the Academy, in which I participate with two paintings and which I almost missed.

And less than twenty four hours after my return to Brussels, I found myself in their wonderful, spacey and full of captivating art atelier. I love this aspect of Brussels – so many exciting, involving, private things happening behind those doors, open for the ones who have the curiosity to reach them.

The building hosts the ateliers of Cezara Kolesnik and Krassimir Savov, Ibragim Bakirov and Hugo René Leon Morales. Being there was  moving from one universe of colours, themes, symbols and ideas to another. From the colourful portraits of children on the background of fields with flowers, through the magical boats, moons, houses and fishes of Krassimir Savov  and his portrait, masterfully done by Ibragim Bakirov, to the mystical statues of women with fishes of Hugo René Leon Morales (Chili). 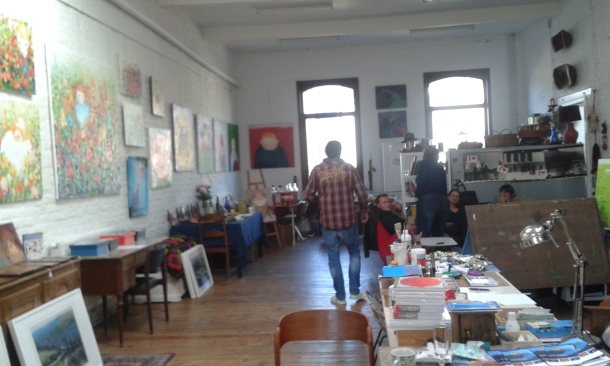 We, the visitors, passionate about art, were treated with wine and zakuski. In addition, my friend and I were lucky to get private introduction by Krassimir and Hugo to their artistic worlds.

Cezara Kolesnik showed us the works of the famous Moldovan journalist Vasile Botnaru, who, after experimenting with coffee and ink, has done a series of paintings, using red wine. This resulted in enchanting landscapes and city motives, capturing the nature and architecture of his country. Needless to say that being both art and wine lover, I couldn’t resist buying a sample of what could happen when these two life enhancing forces literally come together. Magic.

Earlier this week works of Cezara and Vasile had been exposed at the European Parliament. Earlier this month Krassimir and Cezara had had an exhibition in Bahrain.

Krassimir’s moons and boats and seas and fishes were talking to me in a way which made me pick also one of his paintings, called Fairy tale. Who doesn’t wish to have a fairy tale at home?! 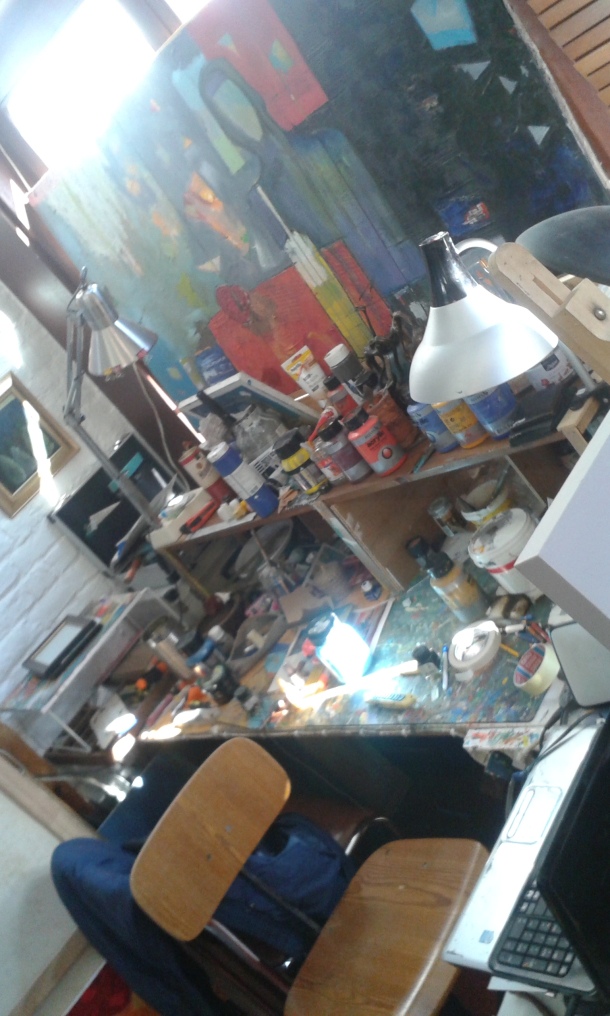 We stopped last at Hugo’s atelier. His huge statues left me speechless. He talked us through the philosophical concepts behind each of them. Privileged. That’s how I felt. 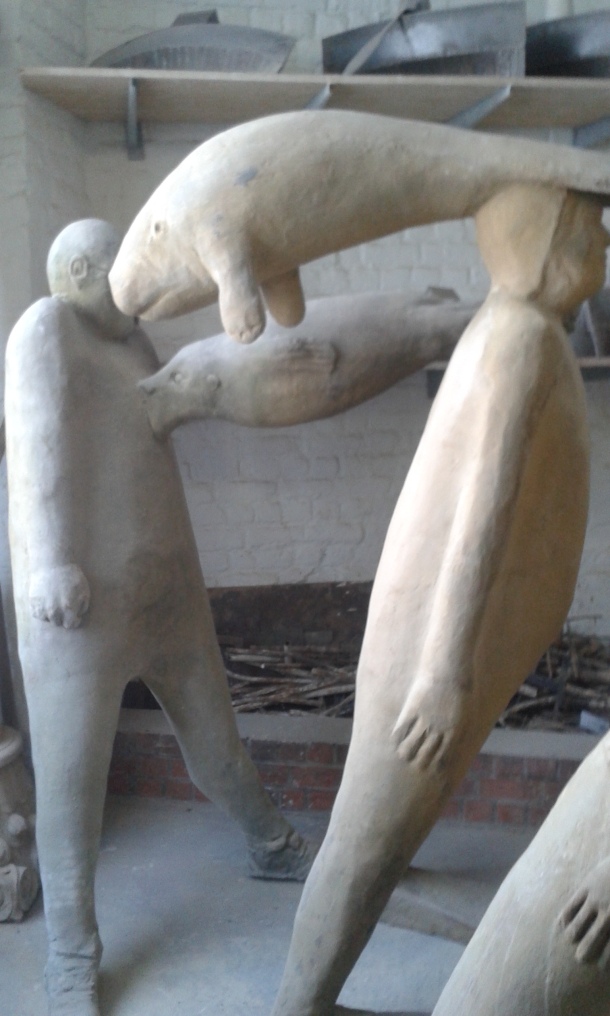 Being at the Open Doors event was time out of time, which is the eternal gift of art, when it reaches us. And a continuation of my private experience last night, when I managed to reach the vernissage towards its very end, coming straight from the airport, tired and stunned by Brexit. But then again, walking past the outcome of our year’s efforts and aspirations, was caressing and reassuring.

The Open Doors continue on Sunday, between 12.00 and 19.00, in 162 Bd Leopold II, 1080 Molenbeek St Jean. Next Sunday Cezara and Krassimir are organising a three hour painting workshop. There are still spots left.

Our exhibition also can still be visited between 11.00 and 18.30 on Sunday at the Academy (Academie des Arts de Bruxelles) in Rue des Tanneurs 49/51. I will be there too in the role of a gallerist for an hour. Already pre-tasting the joy from this assignment.