Even though it has been now more than a month since the Brussels launch of my Pelican Feather novel, it would be unnatural not to share my own and most private event here. So I will try to recollect my experiences connected to it.

It took a while to find the venue. Also because I didn’t have enough time for the search. In fact I was almost entirely relying on the chance and waiting for the right moment to arrive. In a Friday evening I was sitting with a friend in Sol bar at Place de la Chapelle. It was quite empty, but so pleasant with the jazz background and the ever kind Romanian barman. And then I thought: “But, of course! Why not having it here?”. Back in the day, when I was living at Sablon, I spent many summer nights sitting on its terrace and writing… It all made sense. The barman reacted very positively. However a couple of weeks later they started a massive reconstruction, sending the bar to the endless virtual archive of places-which-used-to-exist, while preparing its reappearance with refurbished identity and a new name,  Berlin Fabrik. Farewell Sol, welcome Berlin Fabrik. I look forward to rediscovering you.

I made an inquiry at the resto of Pele Mele in Chaussee de Waterloo, a lovey antiquarian bookstore, where I like to get lost among its countless books and DVDs. Its resto is very nice as well: laid back atmosphere, fresh food, friendly staff and relaxing music. However (again!) the only option to have my launch there was to rent the whole place for 500 plus euro…Well, not really.

I was walking down Place de la Chapelle, wondering where else to check, when my eyes stopped at N.A.I.S. bar, a cozy, wooden place, where they usually have musicians, playing on Friday and Saturday eves. I recalled some meet-ups I had had there, over  a drink and enjoyable chitchat… Next thing I was talking to its owner, Franck, in my clumsy French. Franck listened to me, nodded, wrote down the date and asked me to message him to confirm, when the time approaches. It was that easy, indeed! And the venue issue was sorted out.

Meanwhile, I had put together a script out of the excerpts from the narrative of the different characters in the book, so that they constructed a conversation. Friends agreed to read it and met twice to rehearse. When I heard their first try over my text, I just stood in the corridor of my flat, completely overwhelmed. Two Belgians, a Spanish, a German and a Brit were creating the music of my book in English. Three of them were amateur actors, all of them were doing an excellent job in helping my characters speak their minds and souls.

It was an amasing evening. Many of my friends came. 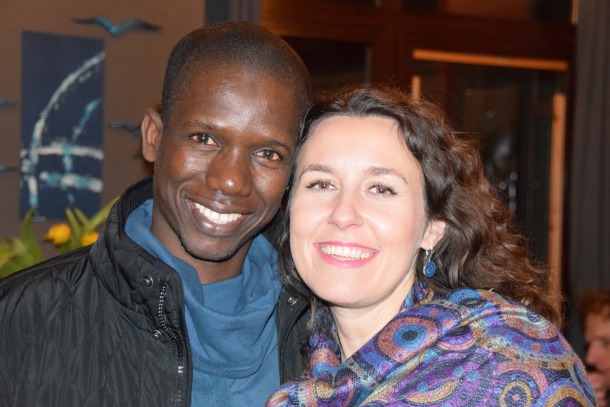 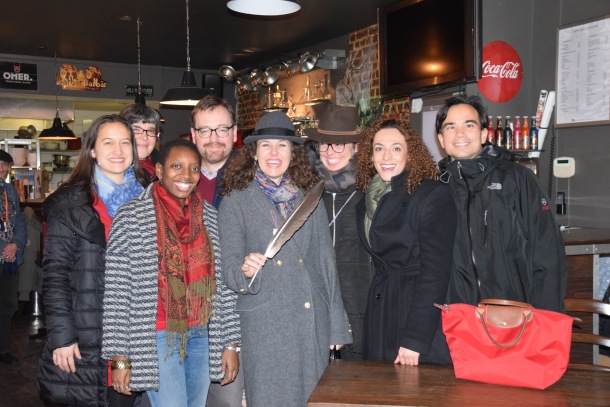 Franck and his colleague did everything to facilitate the smooth running of the event. They also set up the technique so that I could show the book trailer, a video of me, speaking about it and a photo interpretation, inspired by it. 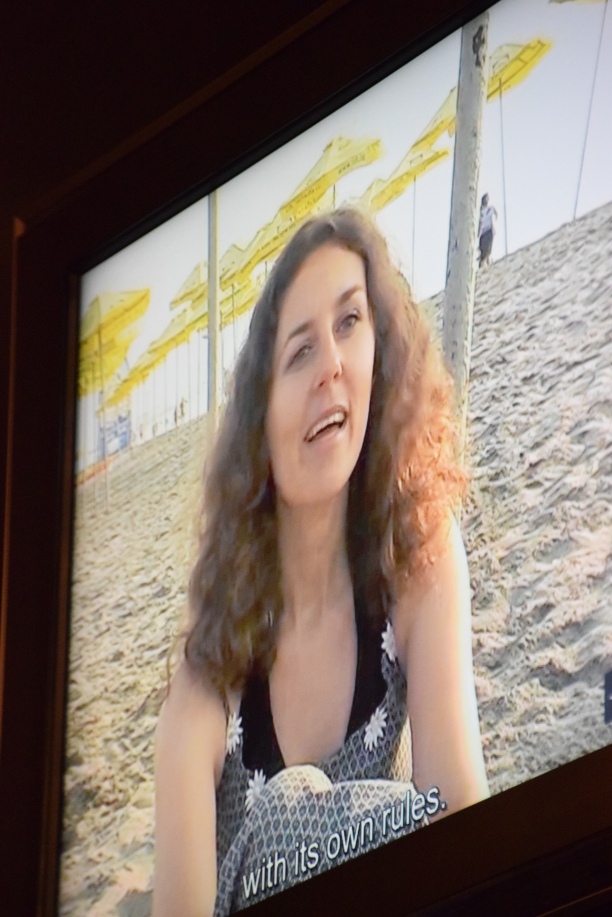 Viviane Defosset, my French teacher and translator of “Pelican Feather” and “Almost Intimately” into French,  did the opening speech. This was followed by the multimedia and the reading. 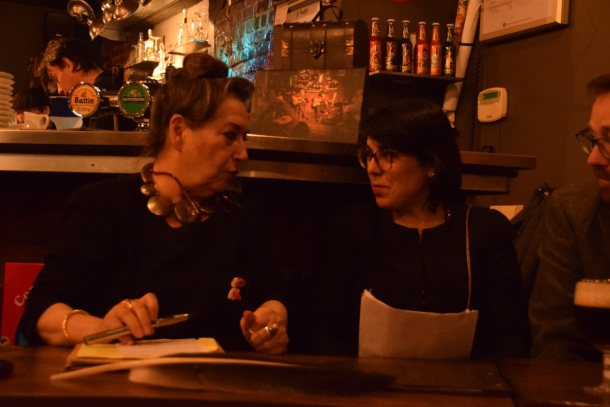 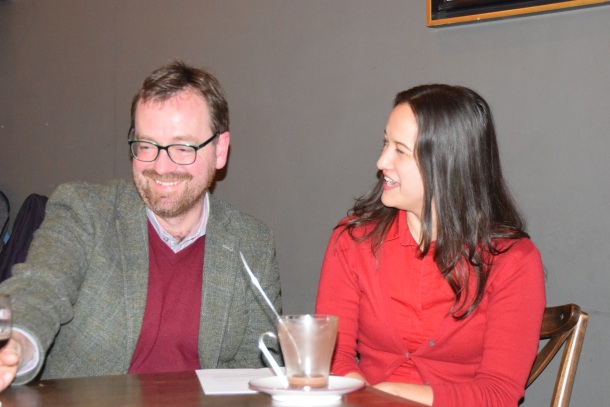 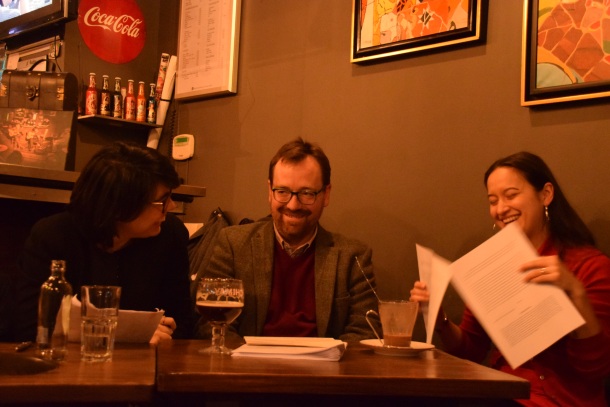 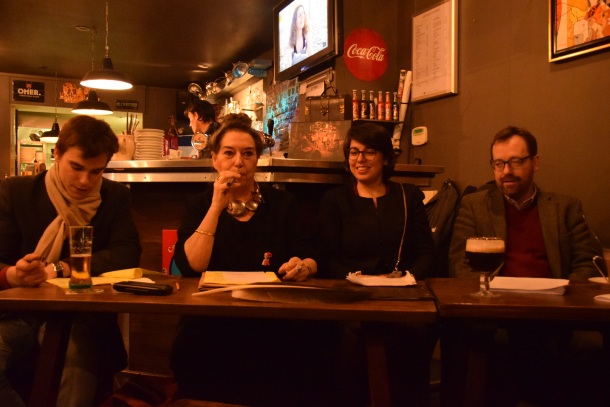 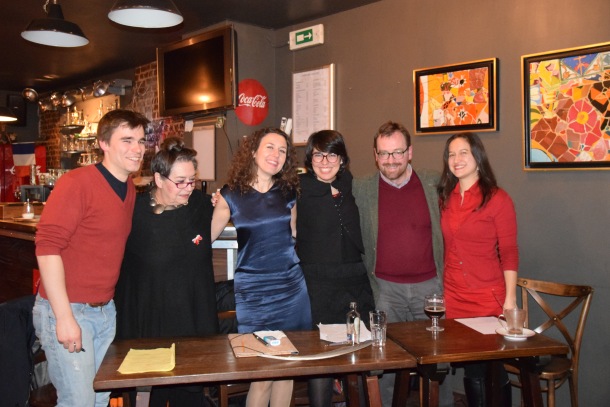 Everyone loved it. The only regret some people expressed was that the reading had been too short (20 min or so).

We had more drinks and chatted long after the presentation was over. Once again, Franck and his colleague were very patient and responsive.

I remember swaying home on my high heels afterwards, trembling from the chilly air, just half recovered from the merciless flu, but in full bliss.