After the positive experience I had with Brussels Short Film Festival last year, I had been planning to see at least one session despite my busy week. I actually managed to see two.

The first one was the European Film Academy selection  and I was nicely surprised to find a Bulgarian film in it – Skok (Jump). I really liked it. It started with the suicidal impulses of the main character, a bachelor, living in miserable conditions, and ended with something like love. I also liked the Portuguese As Ondas (The Waves) which depicted a young female surfer and her sister with a medical condition on a beautiful island. This very much linked to my new novel, in which I have surfers on an island and to my plans to be joining a surfing class next month. 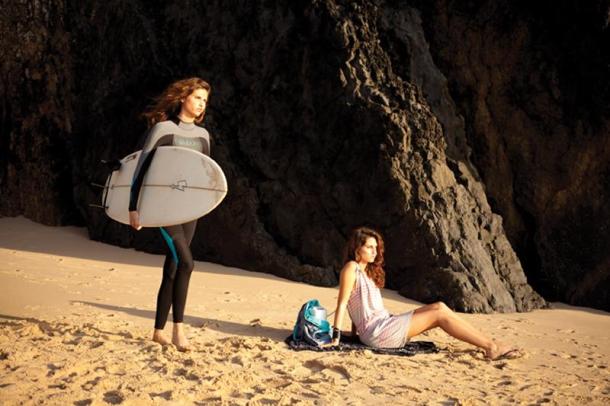 Then I saw the second session of the International Competition. I found the Dutch Ballen (Balls) very touching. It showed the farewell dinner of a student with cancer, organised by his flatmates, before  he lives for his chemotherapy. The Danish Belinda Beautiful was lovely. I enjoyed the narrative of  the Swiss You can’t do everything at once, But you can leave everything at once. It was depicting rather heavy relations with apparent ease.

Unfortunately I will not be able to see more films this year. But the Festival continues till 3 May and I strongly recommend it.