This year I decided to have the ultimate fashion experience for a day. I bought the full day ticket for Brussels Fashion Days and last Saturday reached The Egg just in time for Elle fashion show.

The big hall was full with mostly young girls and boys, fashion professional and people like me who were there out of curiosity.

The models were very young and very thin, setting standards which could easily lead not one girl to anorexia or bulimia. Then the design of some clothes was literally exposing their nude breasts. This reminded me of a lecture I had listened to recently about how media, TV, fashion shows and Barbie dolls had their share in young women becoming victims of traffic and ending up in prostitution by chasing the dreams of becoming models/dancers and having a glamorous life.

Going back to fashion – the main colours were white, black, cream. The design was varying from simple elegance through romance to unexpected combinations of tops and trousers. 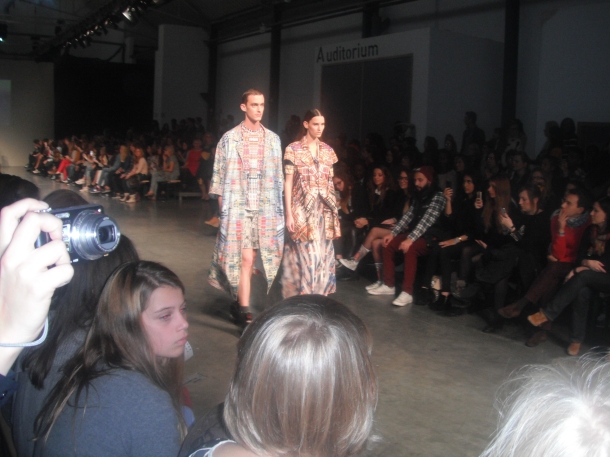 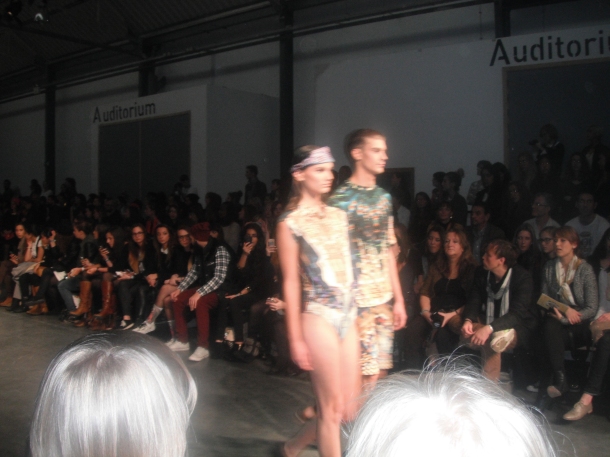 The show lasted half an hour. My initial plan was to go back home, change and return for the big show at 21:30. But, being totally enchanted by the space of The Egg, I decided to stay and merge myself into the world of fashion.

There were fashion ateliers, live music and exhibition of clothes and jewellery of different designers as well as photo exhibitions. 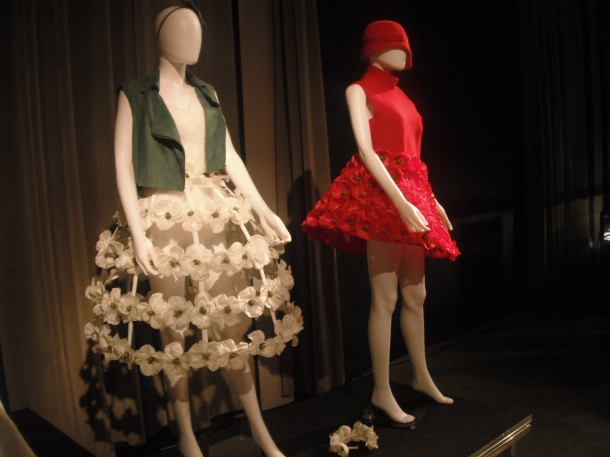 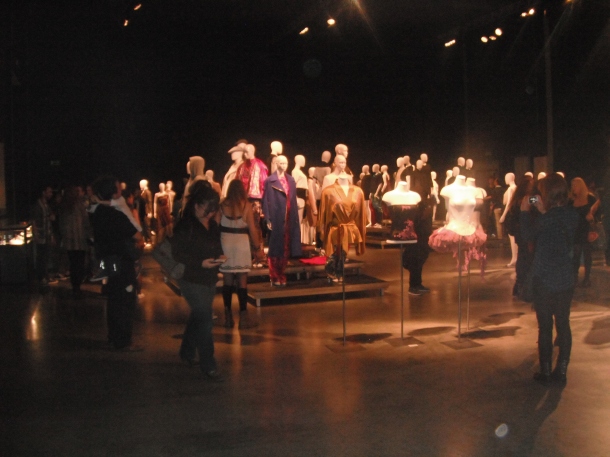 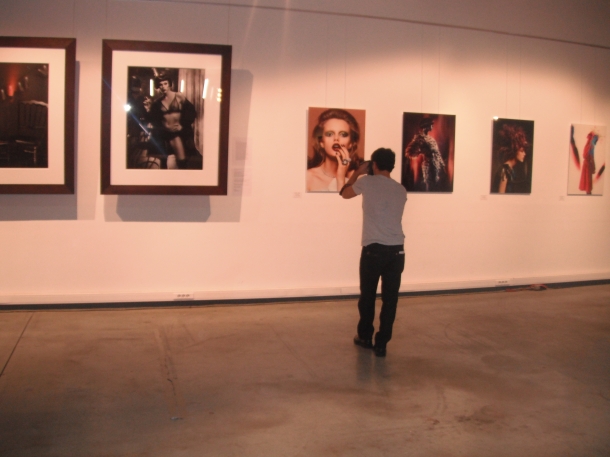 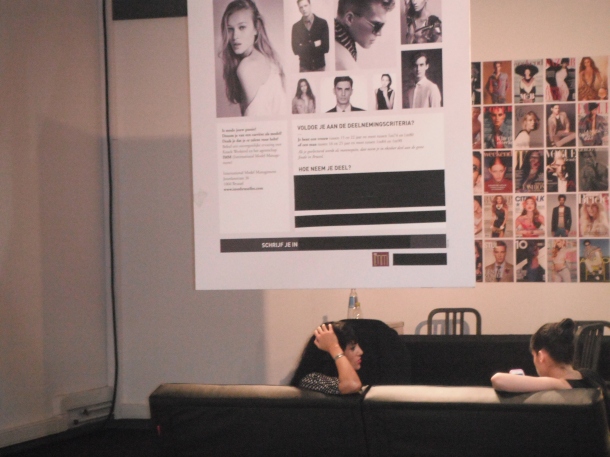 One could buy food and drink tickets and a number of dining spaces were arranged in different halls of the venue. I loved a room in which all the object were put upside down, creating the impression that one is sitting on its ceiling.

Professionals were providing makeup and hair dresser service. The former against the purchase of beauty products for over 50 euro and the latter – for free but there was a big line of waiting girls, sitting around the podium.

As the evening was advancing more and more elegantly dressed people were coming, turning the place into a real realm of fashion. It was fun to observe.

The second fashion show – the defile of the participating designers’ work – was more celebrative and a bit longer. It turned to be also the night culmination since immediately afterwards most of the crowd left. 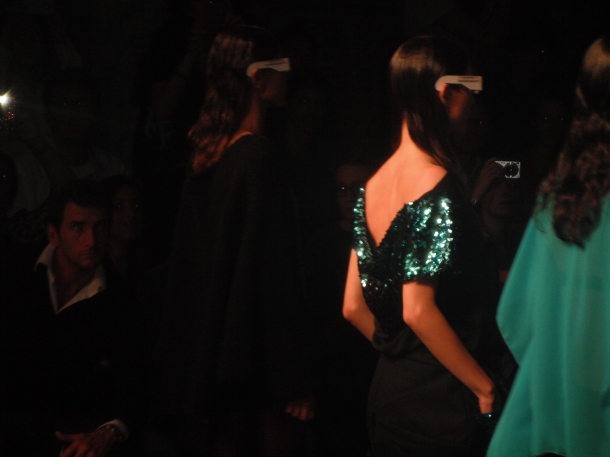 The party, envisaged in the programme, never happened. The DJ music was too boring for the few left to start dancing and around midnight the staff started preparing for closing even though the so called party was supposed to continue to 2 am.

Nevertheless I really enjoyed my time there. It was a different experience and I found the way the space was organised inspiring. On the top of it, I got a treat – a friend passed her makeup ticket to me. And there I was – fully indulged in the world of fashion.