Translated to my reality this means: “always”. But even more so during the annual Jazz Marathon in Brussels.

I remembered spending hours at Grande Place in a hot May a few years ago and then moving with the Jazz-soaked crowd from one bar to another, drinking the sounds of the different styles and genres.

With these memories I had looked forward to the marathon. Four open air stages and tens of bars offering over 130 free concerts. Fabulous, isn’t it?

But it was not as I imagined it to be. First, I was ill. Second, the weather was cold, gray and rainy. Third,…is missing.

Nevertheless I was still determined to get my share of the marathon.

I had to skip the square concerts for the above mentioned reasons but on Friday enjoyed the performances in two bars near St. Gery. Both were very nice.

On Saturday I heard the last two songs of the Slovak Ondrej Krajnak Trio at Sablon square. Then I walked down to Grande Place where I listened again to the last couple of songs of Mariana Tootsie’s “Tribute to Etta James”. She was supported by a big band and they were making a good show, keeping the audience animated.

Next thing I made a move to The Music Village, a popular jazz club behind the corner of Grand Place. It was full but I was lucky to find a free chair. I enjoyed immensely the Michael Mainil Sextet’s “Kind of Blue Tribute”. The only thing which was damaging the experience in this, otherwise sophisticated bar, was the heavy smell of the food which the people around were eating during the concert. Seriously, they must stop serving food during the performences. Jazz and stinky cheese sauce do not necessarily go hand in hand… 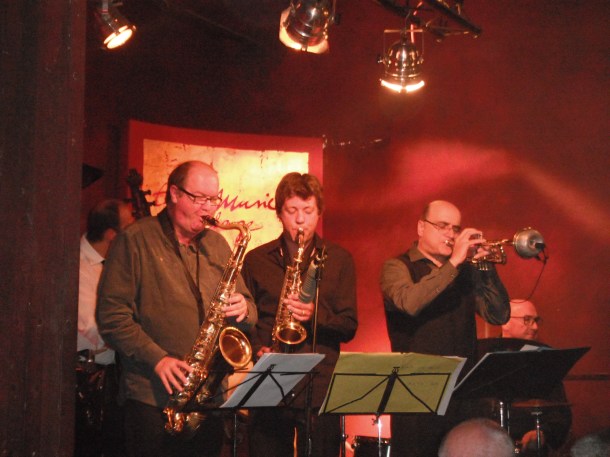 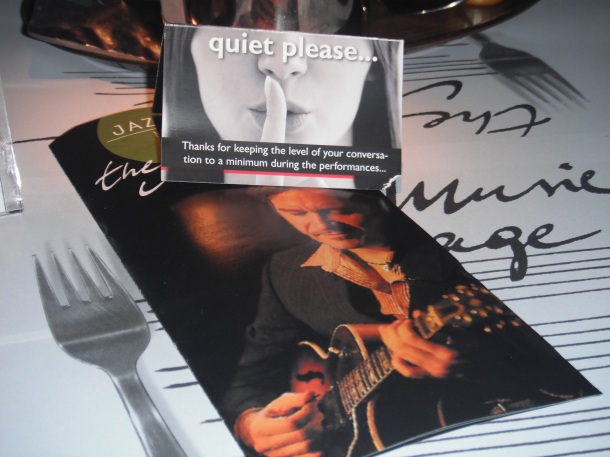 Last I stopped in TOONE. All the tables there were taken too and there were some people standing. The band consisted of four-five musicians. I was not impressed with their style. It contained country elements and the sound was somehow low and clumsy. In a few minutes I left and put an end to my private marathon.

For the jazz lovers out there – another two popular clubs which are worth checking are Sounds and Jazz Station. Then there is a lot of live jazz in Brussels in general – it is played regularly and for free in a number of bars. Check agenda.be for the current programme.