A Czech friend arrived last night and less than an hour later I found myself at the One World international human rights documentary film festival. It is an annual event, organised by the foundation my friend works for – People in Need, a Czech NGO. 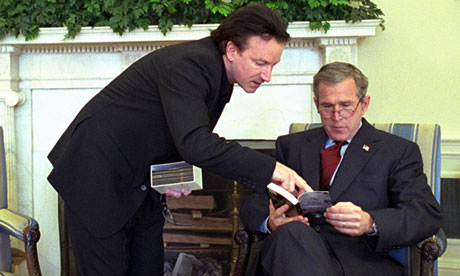 The film, we saw, was Give Us the Money of the director Bosse Lindquist. It shows how Bob Geldof and Bono from U2 got involved with supporting fight against poverty and how the results have been perceived by the different sides involved. It raises questions such as: what is the correct way to help? I liked it. The hall was full of young people and the discussion afterwards was also very interesting and providing different points of view towards human rights, development and what would be the most sensible way to support the developing countries. Then, of course, working for another great international organisation, Lumos, I had a professional interest in it as well.

Going back to the festival – the good news is that it has just started and will continue till 29th May. There are two showings per night at different locations and all of them are free. The film synopses sound fascinating to me so I am going back for more tonight.

3 thoughts on “Human Rights and Art in One World Festival”