I accidentally found myself at the 2012 EU Prize for Literature award ceremony last night. A Bulgarian friend called me around 7:00 pm and invited me to join her. Shortly after I was at Albert Hall. 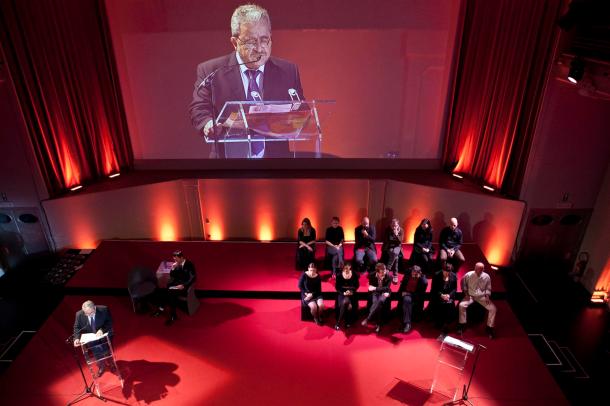 They were invited one by one to receive their prize and read a short excerpt from their awarded book. Most of them made some personal comments related to their work or circumstances. 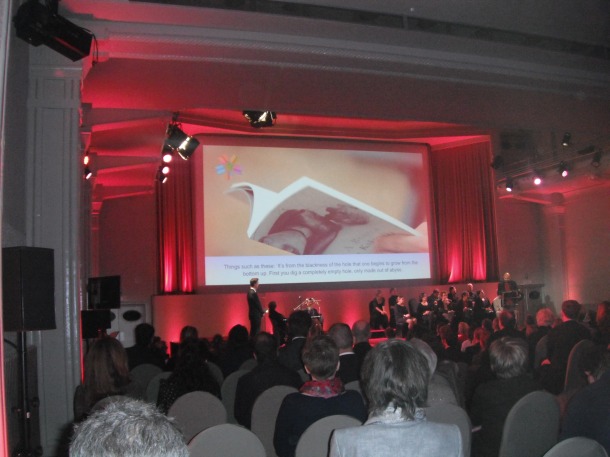 “If I would have lived in Brussels, it would have been a book not about traffic but about chocolate”, said the Norwegian Gunstein Bakkes about his novel.  This reminded me the first Brussels Chocolate Week was running and I still hadn’t done anything about it…

The Swedish author Sara Manheimer underlined the importance of translation and compared it with “your own music turning into another music”.

At the end Androulla Vassiliou, the Commissioner in charge of Culture, Education, Multilingualism and Youth said that if her proposal to the next EU budget is accepted more than 5,500 books will be translated under the new European Commission’s Creative Europe programme, starting in 2014. 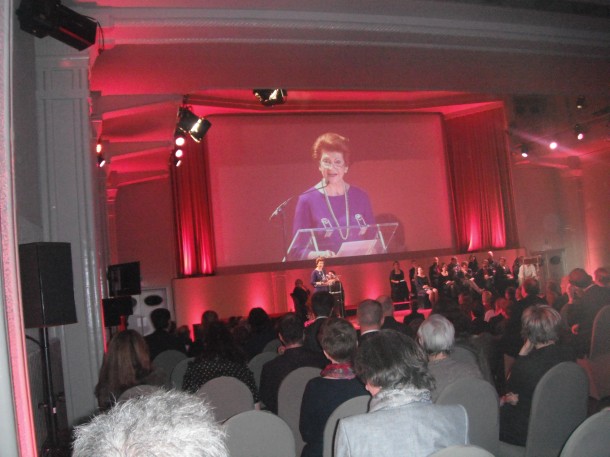 The ceremony was over and the man next to me, who took pictures of the Norwegian writer, shared he was the lawyer of the publishing house. “The publisher will be happy to see these pictures”, he said. “He must be proud as well”, I replied.

My friend and I joined the reception in the bar where we had a nice chat with Pirjo Hiidenmaa, President of the European Writers’ Council. She explained that their members are writers’ organizations and that they stand for writers’ rights. “For example, do you get paid when your books are read in libraries?”, she asked me. “No”. “But you must be paid. This is your right. We are now supporting our members in other countries to start exercising this right”.

At the end as we were standing by the bar my friend approached the man next to us: “Are you a writer?” “Yeahhh”, he smiled. “Of course! We are all writers here”, I laughed. “In which language do you write?” “Bulgarian”. It’s a small world isn’t it, the world of Brussels… So we switched into Bulgarian. He had published two books of poetry and a novel. We had a good conversation about book writing, publishing and distribution which wrapped up the evening.

One thought on “2012 EU Prize for Literature Award Ceremony”